Wilderness - money - concrete. The transformation of Rohanský ostrov in Prague

Lecture will be preceded by an author reading by Dominika Moravčíková who will present fragments of her diary prose entitled "Skupenstvo" (state of matter) based on the residency at Bratislava Lido within the Urban Imagination Seminar.

Already last year, a huge development project, Rohan City, began to take shape in Prague, which will take over most of Rohanský ostrov in Prague 8 - a site valuable from a natural point of view, for its water retention during floods and for its recreational function for the city centre and the surrounding densely built-up urban area. Lenka Kužvartová has edited a publication that looks at the wider context of the Rohan City project, whose sole aim is to extract value from the land regardless of the character of the area, its inhabitants or wider citywide needs. The lecture will discuss the broader trends in current city development projects as well as the failure of local governments to regulate purely commercial interests of developers and impose requirements on them that would benefit the wide public. Indeed, many aspects of predatory commercial development are identical in different cities, and even in different countries. Participation and its pitfalls and the role of architects will also be discussed.

Lenka Kužvartová studied Art History at the Faculty of Arts, Charles University in Prague. During her studies she began to focus on architecture, especially its social aspects, and urban space. She defended her diploma thesis on collective houses in Czechoslovakia, and in her subsequent research she dealt with the so-called hotel-type houses built since the 1960s. From 2013-2016 she worked as an intern at Usina architectural studio in São Paulo, Brazil. Since 2018, she has been involved in the NAKI research project Architecture of the 1980s in the Czech Republic - Singularity, Identity and Parallel Reflections against the Background of Normalisation.

Event is part of the Urban Imagination Seminar that examines the right to the city from not only human perspective. 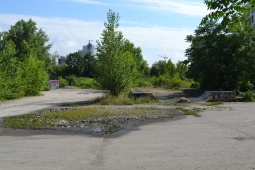