Felix Stalder is a media and cultural theorist and professor for Digital Culture and Network Theory at the Zürich University of the Arts, a senior researcher at the World Information Institute in Vienna and a moderator of the international digital culture mailing list < nettime >. Active in the field since the mid-90s, he has published extensively on digital network cultures, focusing on the intersection of cultural, political and technological dynamics, in particular on new modes of commons-based production, control society, copyright and transformation of subjectivity. Among his recent publications are Digital Solidarity (Digitale Solidarität, 2013/2014) and The Digital Condition (Kultur der Digitalität, 2016/2018), which looks at the historical origins, contemporary developments and the political and social ramifications of our expanding digital sphere. He is long-time member of the Technopolitics Working Group
felix.openflows.com

Gerald Nestler is an artist and author who explores the „derivative condition“ of contemporary social relations and its models, narratives, operations and fictions. His current project, „aesthetics of resolution,“ focuses on black box information asymmetries and the regime change from representational to performative speech of power. Gerald graduated from the Academy of fine arts Vienna (1992) and conducted artistic research as a broker and trader (1994-97). His work has been shown internationally and he has also published widely. He holds a PhD from the Centre for Research Architecture, Goldsmith, University of London.
www.geraldnestler.net, www.thefutureofdemonstration.net

Axel Stockburger is an artist and researcher who works as associate professor at the Academy of Fine Arts, Vienna in the department for art and digital media. He studied at the University of Applied Arts in the Master Course for Visual Media Art headed by Peter Weibel. In his PhD from the University of the Arts, London, he engaged with the spatiality of digital games in the context of contemporary art. Stockburger employs global popular culture, such as computer games, and blockbuster films as a starting point for the production of his videos and text works. His videos and installations have been exhibited internationally. He is a member of the artist association Secession.
www.stockburger.at.

Second edition of Technopolitics Salon in Bratislava will present three talks on the topics of communality and algorithmicity, finance and activism, digital culture and contemporary art. Technopolitics is an independent, transdisciplinary platform of artists, journalists, researchers, designers and developers who jointly develop innovative formats at the intersection of art, research, science, and pedagogy. In 2011, it was set up in Vienna as a circle that regularly meets for lectures and discussions. Technopolitics also produces interdisciplinary conferences and artistic research projects internationally. An important common objective is the investigation of large-scale historical processes structured by technoeconomic paradigms from a critical, explorative standpoint.

Felix Stalder
The Digital Condition
Referentiality, communality, and algorithmicity have become the characteristic cultural forms of the digital condition because more and more people – in more and more segments of life and by means of increasingly complex technologies – are actively (voluntarily and/or compulsorily) participating in the negotiation of social meaning. They are thus reacting to the demands of a chaotic, overwhelming sphere of information and thereby contributing to its greater expansion.

Gerld Nestler
What has art got to do with it?
The talk will explore the technopolitics of finance, and other data intense fields, from an artistic perspective and offer a postdisciplinary proposal for a form of resistance that moves beyond the predicament of critique: insurrection by renegade activism.

Axel Stockburger
Manifold Destiny – canonization in the context of digital culture
Axel Stockburger will give a presentation on his research on the transformation of canonization in the field of contemporary art under the conditions of digital culture. Stockburger is interested in how contemporary forms of quantified rankings and microjudgments, which are often informed by algorithms, affect our perception of the cultural landscape. 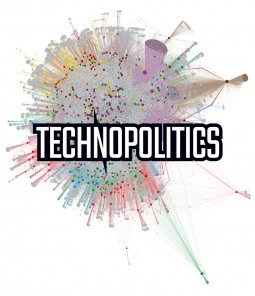