No Man is an Island. Collaborative & co-operative practices in art and curating: three case studies

The presentations and discussions will be conducted in English.

/Attention, workshop! A related workshop will be organized on October 27th.
More information and registration here/


Based on shared experiences while developing projects with two resident artists for the Baltic Art Center of Visby, Sweden (the BAC), the presentations look at the relationship between knowledge and experience and how living away from the center challenges established modes of artistic production and reception and promotes alternative forms of inquiry and practical engagement. The speakers will discuss the role of the curator and artist working and producing in local settings, the mechanism of community-based collaboration and the processes behind ethical decisions.

Lívia Páldi, the former director of the BAC will speak about how activities on the Swedish island of Gotland offer a potentially different context and material for curating by discussing projects and ways of production inspired by and specially developed for this locality. Åsa Sonjasdotter will speak about her ongoing research project Адретта / Adretta - On Memory as Practice, Potato Breeding, and a Socialist Model Village in the GDR that focuses on a potato variety cultivated within the collective farm system (kolkhoz) in the former Soviet Union and which became sustenance for the Post-Soviet dacha subsistence farmers. Ingela Johansson will introduce her project What happened with the Art of the Strike? based on research material collected about the wildcat mining strike in the north of Sweden in 1969–1970, and how her proposition was articulated within the local mining context of Kiruna Norrbotten and the related ethical dilemmas of working with politically affected histories.

Ingela Johansson is a Stockholm-based artist whose practice often responds to site-specific issues and involves an interdisciplinary approach and various aesthetic strategies. She questions the artist’s role as a catalyst and facilitator. Her aim is to expose and challenge the political, ethical and social systems and the history about them, all of which controls our everyday lives. Her book The art of the strike, voices on cultural and political work during and after the mining strike 1969-70 was published by Glänta in 2013. Her most recent exhibitions and projects include Moving Mass, Kalmar Konstmuseum, 2015-16 and Other Eyes on the City, Kungsbacka. http://ingelajohansson.net/

Lívia Páldi is a curator living in Budapest. Between 2012 and 2015 she was the director of the BAC. Before that, she worked as curator and chief curator at the Műcsarnok /Kunsthalle Budapest between 2005 and 2011. She has organized numerous exhibitions and has edited several exhibition catalogues. She was also a contributing editor of the East Art Map magazine and a book organized by the artist collaborative IRWIN in Ljubljana (2002–2005). She was one of the curatorial agents of dOCUMENTA (13) and currently she is part of the curatorial team of OFF-Biennale Budapest.

Åsa Sonjasdotter is an artist who brings about processes of matter, memory, loss and prospect, through the cultivation of plants, imagery and stories. She is a founding member of The Neighbourhood Academy, a bottom up learning site and a branch of Prinzessinnengarten, an urban garden in Berlin. She has been a professor at Tromsø Academy of Contemporary Art in Tromsø, Norway, an institution she had a hand in establishing in 2007. From 1996 to 2006 Sonjasdotter was a founding member of the Danish feminist art- and action group Kvinder på Værtshus (Women Down the Pub). She lives and works in Berlin. http://www.potatoperspective.org/ 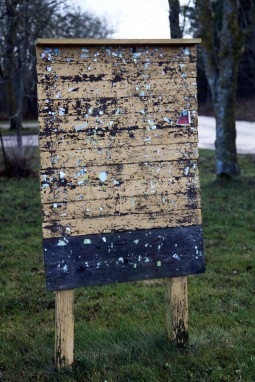