A collaboration project between tranzit.sk and Faculty of Architecture STU Bratislava

Lecture will be held in English.

Antal Lakner is an artist and experimental art educator, whose worldwide appearances included representing Hungary at the Venice Biennale and exhibiting with Droog Design. Internationally, Lakner is best known for his objects and projects that deal with abstract concepts while being engineered with an uncanny perfection, like the units of a completely passive Icelandic army or the Iners tools which let their users experience work and leisure, physical presence and virtuality in new ways. During the last decade, Lakner has also been active with Téreltérítés / Space Detournement. A three-pronged endeavor, originally launched as a university course on spatiality, combining history, theory and practice, it has also evolved into the art & design collective, Space Detournement Working Group, and a project space, Work Area.

In his lecture, Antal Lakner will highlight jointly realized projects with Space Detournement Working Group, which include spatial interventions such as High on Art, a climbing wall questioning the ways of art consumption by inviting passers-by to climb straight into an exhibition of Budapest's high prestige / low visibility Ernst Museum, Smogreductor, a utopian DIY geodesic dome and algae-based air circulation system, built at a polluted architectural crime scene downtown Budapest or Aromaguide, a tool providing scent for thought in restrictive art environments.

Space Detournement is open to collaborations across all borders and at its Budapest HQ, Work Area. Opened in 2013, Work Area hosts initiatives and provides room for Space Detournement's own events. The latest international collaboration took the form of a workshop during the Budapest Design Week with System D Academy, an experimental MA program investigating grey zones, shadow economies and informal systems, launched by Sandberg Institute, Amsterdam. The week-long workshop which included special city tours, field work and guest lectures by a homeless man and two university professors ran parallel in the historic centre and the post-industrial outskirts of the city, focusing on fusi, the personal clandestine production at workplaces, that is often a proof of the irrepressible human creativity.

Antal Lakner (b.1966) lives and works in Budapest. He participated in numerous local and international solo and group exhibitions, among them the Venice Biennale, Hungarian Pavilion (2001), the Istanbul Biennial (1997) and São Paolo Biennial (2006), Manifesta 4, held in Frankfurt am Main (2002) and the Fellbach Small Sculpture Triennial (2007). His most comprehensive solo exhibition was organised by the Ludwig Museum – Museum for Contemporary Art, Budapest (2012). He is founding member of Space Detournement Working Group set up in 2009. Lakner is teaching at the Architectural Department of University of Technology and at the Moholy-Nagy University of Art and Design in Budapest. 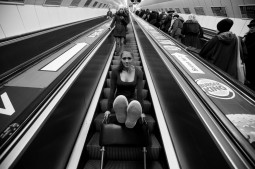