Talk given by Ján Budaj

The talk is organized within the exhibition:

Working Memory is a summary representation of the group activities and the relevant part of Ján Budaj’s archive which has been already partially presented within the curatorial projects of tranzit (Bratislava, 2009) and Galéria Fotograf (Prague, 2011). In their times, Budaj and DSIP did not consider artistic documentation as an opportunity to mediate performative art to a tertiary viewer in form of exhibition. The events were documented by various photographers and dozens of records have preserved from every one of them, mostly capturing the moments of audience interaction. Unlike the usual artistic practice in the 70’s, the final representative take has never been selected. If the documentation was ever presented it was always with a live accompanying commentary during closed (e.g. home) projections. Since these historical works are ephemeral, i.e. they produce memory rather than artifacts, they tend to disappear along with their contemporaries. Therefore, the Working Memory is also based on oral history in addition to the research in artistic archives. It deals with the issue of absenting art once originated, in the middle of life, having an ambition to change the surrounding world; however, remaining only as a memory nowadays. The exhibition attempts to recontextualise the archive of past events linked to a different context. In order to achieve topicality and communication of the past with the contemporary audience, the documentation of situations bound to a particular time and space is restaged in a performative instead of a representative way.

Ján Budaj’s (b. 1952) story of so called Czechoslovak normalization started after his graduation from secondary school when he first tried to emigrate from the socialist Czechoslovakia. In September 1971, he attempted to cross the West Germany border with his classmate. They were caught and Budaj was imprisoned for six months. After changing several manual jobs, he started studying at the Faculty of Pedagogy UK in Trnava, field of study mathematics – physics (1973 – 1975). In 1976 to 1989, he was employed as a stoker. In the 1970’s and 1980’s, Budaj was active on the Bratislava underground scene. His first involvement was within the circle of Degenerated Generation poet group, originated in 1973. In the late 70’s, as a group titled Dočasná spoločnosť intenzívneho prežívania (Temporary Society of Intense Experience - TSIE), they joined the contemporary art scene and Neo-Avant-Garde of the 60’s generation. He significantly participated in the political dissent activities. He engaged with the ecological movement which issued the publication Bratislava/nahlas (Bratislava/Aloud) (1987). Following the students’ demonstration in Prague on 17 November 1989, this association was transformed into the civic movement Verejnosť proti násiliu – VPN (Public Against Violence). After the developed socialism collapsed, this movement started to create a new social discourse. Budaj became one of the leaders of the Velvet Revolution in Slovakia. In the 1990’s, he was a member and founder of several political parties. Since 2006, he has engaged in local politics and civic activism. Since 1989, his artistic activity has stopped.

The Temporary Society of Intense Experience (TSIE) was formed from the Degenerated Generation (DG) poet group, bringing together the amateur pantomime and physical theatre Labyrint covered by the university V-klub in Bratislava (1975 – 1980) and the kindred artists and friends. The group operated in the social space on a performative level. It’s parapolitical activities, falling mostly within the period of 1978 – 1980, originated collectively and were self-organized in the context of the so called Czechoslovak Normalisation which developed after 1968 and persisted until 1989. Most of the events were illegal. Interventions appeared and disappeared as the so called temporary autonomous zones which liberate imagination and then dissolve by themselves, before the state, or the power manages to destroy them. As the ideology managed to adopt aesthetics into its politics, in return, TSIE incorporated politics into the aesthetics of performative arts. The audience was left to slip into absurd situations. Events were structured as traps confronting the participants with their immediate reality and their active participation corresponded to their engagement in the world. Within the process of experiencing their own existence, the viewers were transformed into participants. 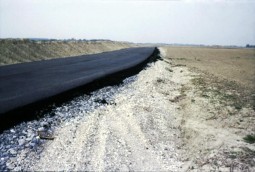