Edit András: Whose time is it anyway? The future is behind us, the past is ahead of us


A collaboration project between tranzit.sk and Open Studio program organized by Studio IN (AFAD, Bratislava).

ERSTE Foundation is main partner of tranzit.
Project Open studio is supported by Ministry of education Slovak republic in program KEGA (no. 005VŠVU-4/2016).

This presentation aims to elaborate on space and time and on how they are articulated in various theories and what is out there for our region.
The starting point is the “institution of the politics of time”, voiced by Rolando Vázquez, one of the advocates of decolonial option, a theory originating in Latin America. He argues that chronology and imposition of modern time are at the heart of the modern/colonial systems of oppression, and therefore, resistance against “hegemonic globalization” should question the universality of modern time.
The notion of universality also seems problematic from East, Central and Southern Europe, as the imposition of modern time relegated the periphery of Europe into a secondary position, a sort of semi-other, in-between position. As for coloniality, though the Eastern European region has not been colonized in the strict meaning of the word, it has been under Soviet dominance for almost half a century. After the collapse of the Soviet satellite system, the crucial question was which past to return to and which past should be erased. Consequently, is there something for us if the decolonial option and the slogan “returning to the past” is extended to the post-socialist condition? Or it isn’t even an option? Whose time is it anyway? Are we heading the future or marching back to the past?
These are the questions that will be scrutinized along with analysis of art works from both end of the spectrum; official, state commissioned art and critical contemporary art, from the region and beyond.

Edit András is a Hungarian art historian, an independent scholar. She holds a PhD in art history from Eötvös Loránd University, Budapest. She is a senior member of Institute of Art History of HAS Research Centre for the Humanities, Budapest. Her main interest concerns Eastern and Central European modern and contemporary art, gender issues, socially engaged art, public art, critical theories, post-socialist condition and nationalism in the region.
As a researcher, she was member of the Advisory Board and researcher of Hungary of the exhibition Gender Check: Femininity and Masculinity in the Art of Eastern Europe (MUMOK, Vienna, 2008-09). She was core member of the international seminar series Writing Art History in Eastern-Central Europe, organized by The Research and Academic Program at the Clark Art Institute (Williamstown, Massachusetts, 2010-11). She was member of the Patterns_Travelling Lecture Set, and delivered lecture entitled Writing Central European Art History organized by World University Service (Austria), in Poznan, Belgrad, Cluj Napoca, Vienna (2008). She held a lecturer position at the Student Exchange Education Abroad Program of University of California, Budapest Study Center (2003-09). She has had several courses at East-Central European universities, among them at New Europe College, Institute for Advance Study, Bucharest; Academy of Fine Arts and Design, Bratislava; and Estonian Academy of Arts, Tallinn and at CEU (Central European University, Budapest). She has participated in several international conferencences and workshops as invited speaker and published numerous essays in collected volumes, catalogues and professional journals, including Artmargins, e-flux, Idea, Third text, springerin. She edited the anthology Transitland. Video Art from Central and Eastern Europe 1989-2009, Budapest, 2009.
She lives and works in Budapest and in Long Island, NY. 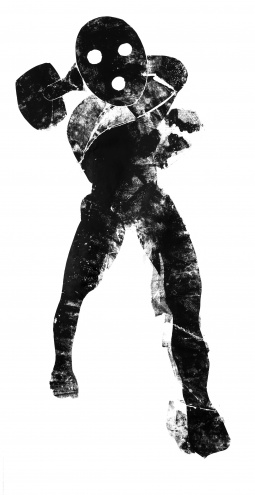