A collaboration project between tranzit.sk and Studio IN (Department of Intermedia and Multimedia, Academy of Fine Arts and Design, Bratislava) in the context of the Open Studio program.

Through this performative lecture, Paul O’Neill will reflect upon his curatorial practice, collective exhibition-making and the public as a constructed readymade. Taking his recent multi-year exhibition project We are the Center for Curatorial Studies, Hessel Museum, 2016-18 as its starting point, this lecture reflects upon curatorial studies and extends a conception of the curatorial to account for multiple sites of contact, assemblages and gathering of diverse bodies and subjects as well as their discursive connections. In doing so, it opens up a concept of the formation of the ‘exhibition’ itself as a potential mode of research action in its own process of becoming.

O’Neill will further explore how different points of contact are made possible when exhibiting becomes a form of escape for the artwork as much as for the viewer. Here, O’Neill identifies escape as a key concept for the curatorial which defines itself as an act of release – from something, somewhere, someone – accompanied by the wish to be transformed. Escape implicates language itself as being complicit with our need to be able to, at least, imagine ourselves elsewhere. How can a language of exhibitions, therefore enable us to think attentively about escape as a curatorial form?

Paul’s writing has been published in many books, catalogues, journals and magazines and he is a regular contributor to Art Monthly. He is reviews editor for Art and the Public Sphere Journal and is the series co-editor of Afterall’s Exhibition Histories Series. He is on the editorial board The Journal of Curatorial Studies and FIELD – A Journal of Socially Engaged Art Criticism. He is editor of the curatorial anthology, Curating Subjects (2007), and co-editor of Curating and the Educational Turn  (2010), and Curating Research (2014) both with Mick Wilson, and co-published by de Appel and Open Editions (Amsterdam and London). He is an author of Locating the Producers: Durational Approaches to Public Art (Amsterdam, Valiz, 2011), edited with Claire Doherty and author of the critically acclaimed book The Culture of Curating and the Curating of Culture(s), (Cambridge, MASS., The MIT Press, 2012). His most recent book, The Curatorial Conundrum… co-edited with Mick Wilson and Lucy Steeds was published with MIT Press in 2016. He is currently working on the book Durational Aesthetics: Time and Contemporary Art (2017) and curating the two-year exhibition project: We are the Center for Curatorial Studies for the Hessel Museum, Bard College (2016-18). 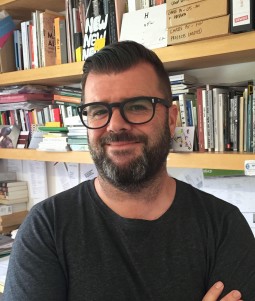