Joanna Warsza : When the timing could not have been worse

A collaboration project between tranzit.sk and Studio IN(Department of Intermedia and Multimedia}, Academy of Fine Arts and Design, Bratislava) in the context of the Open Studio program.

Joanna Warsza is supported by Polish institut in Bratislava

In recent years, artists and curators have often been confronted with a classic political dilemma of engagement or disengagement. The political, ideological or economic contexts of certain biennials or art exhibitions raised the question of whether to continue and, if so, under what circumstances, facing what consequences and to what point? The Istanbul or Kiev Biennials, or recently Manifesta 10 in St. Petersburg, demonstrated that curating and art production cannot just carry on “as if nothing had happened”.

The workshop and the lecture will propose an exercise in reflecting on curatorial and artistic scenarios and political dilemmas. How does one engage with audiences in a place of political non-alignment? How does art challenge the oppressive political and aesthetic climate? What are the core ethical and aesthetical questions, and finally, can art become an indispensable agent of the exciting possibility of political rapprochement, or is that too much to expect?

Joanna Warsza is curator, researcher, writer in the fields of visual and performing arts and architecture. Currently Joanna is a head of the curatorial program CuratorLab at Konstfack in Stockholm. Joanna was trained as theater and dance scholar at Warsaw Theater Academy and University Paris 8. She curated among others the Public Program of Manifesta 10 in St. Petersburg, the Georgian Pavilion at the 55th Venice Biennale and she was associate curator of the 7th Berlin Biennale. She edited of Stadium X-A Place That Never Was (2009), Forget Fear (2012) and Ministry of Highways: A Guide to the Performative Architecture of Tbilisi (2013). She is based in Berlin and Warsaw. 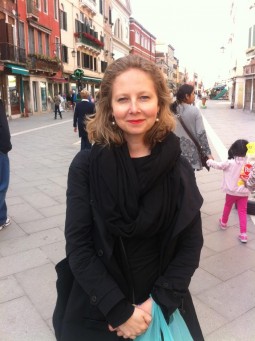