Uhuru: a meeting with the Mozambique Film Archive

Lecture will be held in English

Catarina Simão (b. 1972) is an Lisbon-based artist whose practice is built upon long term research projects that entail collaborative partnerships and different forms of presentation to the public, such as art installations, screenings, participatory workshops and talks. Simão is known for her essay-like displays, using documentation, writing, films and videos related to Mozambique films and images made during the struggle against Portuguese colonial occupation and after independence. Her work has been presented at Serralves Museum, Manifesta 8 Biennial, Africa.cont, Reina Sofia Museum and other art institutions across Europe and also in Mozambique, USA and Lebanon. The Mozambique Institute Project is her latest project involving cinema-action and pedagogy.

Lecture is organized in frame of the course “Curating Archives. Critical Perspectives on Parallel Cultural Histories” supported by PATTERNS Lectures, initiated by ERSTE Foundation and implemented by WUS Austria. www.patternslectures.org. A program co-organized and co-funded by tranzit.sk. sk.tranzit.org ERSTE Foundation is main partner of tranzit. The course is part of the curriculum at the Academy of Fine Arts and Design in Bratislava. www.afad.sk 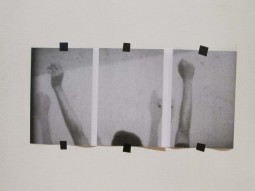