A small documentary display will be presented in the space and will be accessible to the public till the 4th of November 2018.

Organized by tranzit.ro/Bucureşti, in partnership with tranzit.sk and Middlesex University London.

Collection Collective is a prototypical art collection established, owned, and managed collectively by its members, including artists, curators, architects, designers, anthropologists, producers, lawyers and economists. The project was initiated in 2017 in Bratislava, and continues in 2018 in Bucharest with the creation of a website, and with the public seminar “Collection Collective. Tools for Self-Representation”.
Collection Collective is rooted in three tenets that determine the current conditions for the production, presentation, and consumption of culture and art:

1. The precarity of public cultural institutions in Europe and beyond, which facing a growing wave of right-wing populisms and nationalisms, and the demands to show value for money, fail to include works that critically address the status-quo in their collections. Collection Collective represents an effort to reintroduce to the public discourse the question of political and cultural autonomy, through creating an institutional machine for empowerment, visibility, and representation.

2. The systemic conditions of cultural production, which encourage opportunism and competition between cultural workers, and whose result is the destruction of collective forms of organization, resistance, and struggle. Collection Collective responds to the urgency of articulating sustainable models of collective legitimation and representation, where collectivity is based on politics of friendship, mutual respect and recognition.

3. The humanitarian, ecological and political crises to which a culture based on private patronage is incapable of responding. Collection Collective does not only question whether collecting is possible beyond the whims, tastes and likes of the private collector; it also represents an attempt to rethink the functions, roles, and purposes of collecting as a collective practice recording and shaping our contemporary condition.

The launch of the website will take place within an Inaugural Public Seminar where we have invited four speakers to discuss the specific institutional histories and the politics of collecting practices of the contexts they come from.

Alenka Gregorič is an art historian, curator and writer. Since July 2003 till 2009 she worked as artistic director of Škuc Gallery, Ljubljana, curating, organizing and co-ordinating all the program activities. From 2010 she has been the artistic director and curator at City Art Gallery Ljubljana and CC Tobacco 001 (both part of Museum and galleries of Ljubljana). In 2009 she was curator of Slovenian pavilion at Venice biennial and co-curator of 28. Graphic biennial Ljubljana, in 2011 she was co-curator (with Galit Eilat) of the 52. October salon in Belgrade. In last years she curated few exhibitions focusing on artists from Balkan region; 2016 in Istanbul, 2017 in Guangzhou and Hangzhou, China. She curated many solo and group exhibitions in Slovenia and abroad. In addition to curating exhibitions she has written numerous essays, reviews and articles for various artist books, catalogues and other publications. The responsibility of those producing contemporary art and of cultural institutions, as well as their role in contemporary society, constitute the focal point of her interests.

Mark Wilson studied fine art at the Manchester School of Art and worked for theatre in education companies Greenlight Theatre and the Waterfall Theatre. Started at the People’s History Museum in 2004, working in numerous roles, including front of house co-ordinator and curatorial assistant. Mark now works as the museum’s Exhibitions officer; he has curated the changing exhibitions Dedicated to all Defenders of Human Freedoms: The Art of Paul Peter Piech (2016) and Savage Ink: The Cartoon & The Caricature (2017). As well as working as one the project leads on the on the award winning co-produced exhibitions Never Going Underground: the fight for LGBT+ rights (2017) and Represent! Voices 100 Years On (2018).

Tania Bruguera (born 1968) is a Cuban installation and performance artist. She lives and works between New York and Havana, and has participated in numerous international exhibitions. Her work is also in the permanent collections of many institutions, including the Museum of Modern Art and Bronx Museum of the Arts and the Museo Nacional de Bellas Artes de La Habana. She is currently the featured artist of the Hyundai Commission at the Tate Modern in London.
Bruguera's work pivots around issues of power and control, and several of her works interrogate and re-present events in Cuban history. As part of the work, Bruguera has launched an Immigrant Respect Awareness Campaign and launched an international day of actions on 18 December 2011 (which the UN has designated International Migrants Day), in which other artists will also make work about immigration.

Co-financed by the Administration of the National Cultural Fund (AFCN). The project does not necessarily represent the position of the AFCN. The AFCN is neither responsible for the project content nor for the way in which the project results may be used. These are entirely the responsibility of the grant beneficiary. 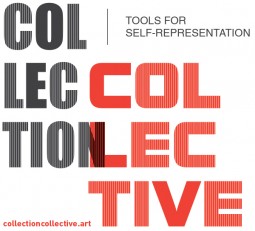