We are pleased to announce the launch of the book Schools without Walls, created by artist Maj Horn and curator Lýdia Pribišová in collaboration with tranzit.sk.

We would also like to invite you to an informal celebration of the start of 2019!

Schools without Walls explores the relationship between play and learning, and how pedagogical exercises of exploration can activate new strategies of inhabiting cities and communities. This publication is the result of the project with the same title that involved an exhibition at tranzit.sk (9 – 27 Sept. 2018), a public discussion Outside as a Learning Site (12 Sept. 2018), and a collaborative teaching project with the Dr. Ivan Dérer Elementary School on Jelenia Street (2018).

The main text of the publication is the transcript from the discussion Outside as a Learning Site, which deals with environmental education and the role of art. It features the comments of a multi-disciplinary panel consisting of artist and architect Nils Norman; Roman Javilák, a teacher at Dr. Ivan Dérer Elementary School; urban activist, architect and public administrator Zora Pauliniová; and artist Maj Horn. The discussion was moderated by Lýdia Pribišová.

The conceptual sources of the project are the works of English anarchist writer, architect and teacher Colin Ward (1924 – 2010), who spent half a century experimenting with and writing about environmental education. His approach was to educate children to realize they can play a part in shaping their surroundings, that what they say about where and how they live will be listened to, and that the key to their future lies in their own awareness.


Maj Horn is a visual artist based in Copenhagen. She holds a master’s degree from the Funen Art Academy (DK). Her work, which deals with public spheres and communities by looking into aspects
of knowledge sharing, the acquisition of sites, and the identity and atmosphere of places,
has been presented at Magic Carpets (Croatia), I: project space (China), Art Lab Gnesta (Sweden) and ZK/U (Zentrum für Kunst und Urbanistik) (Germany) and elsewhere. www.majhorn.dk

Lýdia Pribišová is an independent curator and the editor-in-chief of Flash Art Czech & Slovak Edition. She lives and works in Bratislava. From 2013 to 2015, she worked as the project coordinator at tranzit.sk, and in 2007 and 2011 she was the co-curator of the Slovak section of the Prague Biennale. In 2019 she will co-curate the Kaunas Biennial. 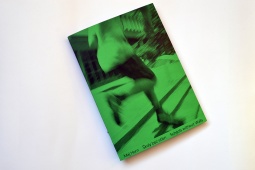