The event is part of the program related to the exhibition Liquid Horizons on view at tranzit.sk until July 6, 2019.

This project was supported by public funding provided by the Slovak Arts Council.

This lecture, which is part of the Liquid Horizons exhibition, will take a critical look at the issues related to dams and waterworks. At the same time, Mikuláš Huba will personally present documents from his archives featured at this exhibition as well as his activities and the activism of ecologists and environmentalists from the period at the end of the Socialist era and afterwards (not only) in relation to the building of the Gabčíkovo Dam.
In addition to their positive features, large dams have many negative sides: they frequently take up the most fertile soils, adjacent groundwater reservoirs are threatened during construction and operation, and forests and other natural ecosystems are sacrificed; frequently entire settlements are liquidated and the reservoirs themselves quickly become clogged. On the contrary, the streams beyond the hydroelectric power plants are deepened and thus lower the groundwater level which threatens the surrounding vegetation and water regime as a whole.
As opposed to natural ecosystems, the lifetime of manmade engineering works is limited, a fact which often is intentionally ignored when they are planned for and promoted. Issues related to the dismantling of dams has been addressed for a long time in the U.S. But in Europe we have also witnessed the rejection of prepared dam projects (such as the Hainburg project) or even the suspension of work on dams which are already under construction (Daugava, Nagymaros), or discussions concerning the dismantling of existing dams. These discussions were launched by perestrojka 30 years ago as well, as there have been numerous floods in Central and Western Europe (on the Rhine, Danube and others) which the dams could not prevent.
In Slovakia, we have witnessed uncritical support for the construction of dams of various sizes and designation for decades. The Gabčíkovo dam on the Danube below Bratislava is one of the most controversial ones. It represents a modified component of the originally planned Gabčíkovo-Nagymaros system of dams. Disputes concerning this waterworks and its consequences eventually ended up at the International Court of Justice in Hague. It did not only concern the dispute between Slovakia and Hungary, but also the dispute between environmentalists and unilaterally oriented technocrats.
The project of the trilateral Danube region national park which originated in the 1980s is one of the most comprehensive contributions of conservationists to the discussion about the future of the Danube and the Danube River Basin between Vienna and Budapest. It has been partially implemented (in Austria, the Czech Republic and Hungary) and is still being discussed (in Slovakia).

Prof. Mikuláš Huba is a geographer, environmentalist, landscape ecologist and civic activist. He graduated from the Faculty of Natural Sciences of Comenius University and lectures at several universities. He is also a researcher at the Geographical Institute of the Slovak Academy of Sciences. He has been active in the conservation movement at home and abroad since 1975. He was the initiator of the international Danube Declaration and the head of the team of designers of the Danube Region National Park. He has actively participated in key international events related to saving the Earth and is the author of dozens of publications and regularly comments on social life in the media and on Facebook. He was twice elected head of the Environmental Committee of the Slovak Parliament. 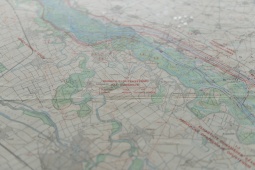