The Productivity of Crime for Cultural Industries, Art, Architecture, and Urban Design

A collaboration project between tranzit.sk and Faculty of Architecture STU Bratislava

In an ironic depiction of a bourgeois economy, Karl Marx argued more than 140 years ago that the capitalist society was already so perfectly developed that it knew how to functionalize even its declared enemies for its own ends. According to Marx, the criminal not only produces the crime itself, but also all measures directed against crime as well as all forms by which criminality is reported, whether in the fine arts, scholarly publications, or the mass media. For criminals, crime doesn’t necessarily pay; for their hapless victims, it doesn’t pay at all—but according to Marx it does for society as a whole.

Beginning in the late nineteenth century, the thrill of crime became a central sales factor in a profit-oriented culture industry. Likewise, for the anonymous public in the big city, crime as a conversation topic serves the function of constituting a common reality and identity. Even the history of urban studies is also marked by the productive force of crime. “Nosing around,” Robert Ezra Park’s central metaphor for the method of participatory field research, which brought worldwide fame to the Chicago School in the 1920s, derives from the practice of the new, genuinely urban profession of the reporter. Along the way, city reporters borrow both the terms and the methods from police detective work, which, as we know, serves to maintain law and order and the hunt for crime. Observation, the interview, the undercover investigation, even photography were all originally the techniques of policing.

Not only the perceptual tools of the big city, but also the concrete preventive developments in architecture and urban planning that structure our daily lives, have been fundamentally advanced by this productive power. Threat scenarios in which oneself becomes the victim of a crime, but also mere traces of disorder on buildings or in public space, which can be read as signs of social disintegration, elicit feelings of the uncanny, of insecurity or fear. The management of these subjective fears and the minimizing of ‘objective’ risks comprise the essential sources of architecture and planning.
In his lecture Michael Zinganel will introduce a variety of examples, how fear of crime and deviant behavior —whether real or imagined—had directly influenced the discourse about the modern city and the design of buildings and urban spaces in different scales and physical manifestations: from better locks to video-surveillance, from fortified architecture to militarized areas.


Michael Zinganel studied Architecture at Graz Technical University, Art at the Jan van Eyck Academy Maastricht and History at the University of Vienna. He is currently teaching at Bauhaus Dessau Foundation and Vienna University of Technology. He worked intensively on the productivity of crime, both in exhibitions, theatre performances and guided tours. In 2003 he published Real Crime. Stadt und Verbrechen (Vienna: selene 2003).

Since 2005 he collaborates with Michael Hieslmair as curators, writers, and artist on projects about urban und transnational mobility and migration. In 2012 Michael Hieslmair a Michael Zinganel co-funded the research platform Tracing Spaces. Michael Zinganel produced and co-edited Holiday after the Fall – Seaside Architecture and Urbanism in Bulgaria and Croatia (with Elke Beyer and AnkeHagemann) (Berlin: jovis 2013). From 2014-16 both had been research fellows at the Academy of Fine Arts Vienna and heads of research of the project Stop & Go: Nodes of Transformation and Transition. In 2016 they co-edited a special issue of the magazine dérive – Zeitschrift für Stadtforschung, No.63/ 2016. Their exhibition ROAD REGISTERs has been recently on view at the Academy of Fine Arts Vienna.
http://www.zinganel.mur.at
http://www.mhmz.at
http://www.tracingspaces.net
http://stopandgo.weblog.mur.at 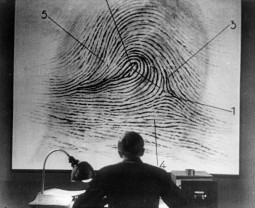